In the early 1980’s the Primghar Community School working with the Primghar Jaycees invited the O’Brien County Sheriff’s Office into the school to fingerprint the elementary students.  That first year, with parents permission the entire elementary was fingerprinted.  Each year after that, the second grade would be fingerprinted and any students that were new or had missed were fingerprinted.  In the early years the fingerprints were stored in the First National Bank basement but now the prints are sent home with the parents for safe keeping.  There has been one occasion where the fingerprints were needed to help identify a student that was involved in a traffic fatality. 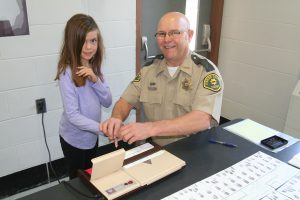 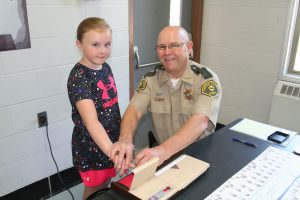 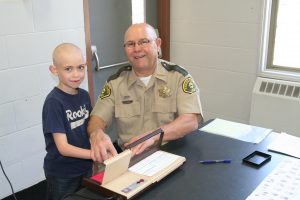 This year the tradition continues, Sheriff Allen Schuknecht is shown here with a few of the second graders (L-R) Andie Gay, Addison Triplett and Trevor Hogan

It’s that time of year again!  All of the excitement of going back to school brings new drivers on school permits, intermediate license drivers and lots of questions regarding the law.  Please take a few minutes and visit the link below to help answer some of your questions. 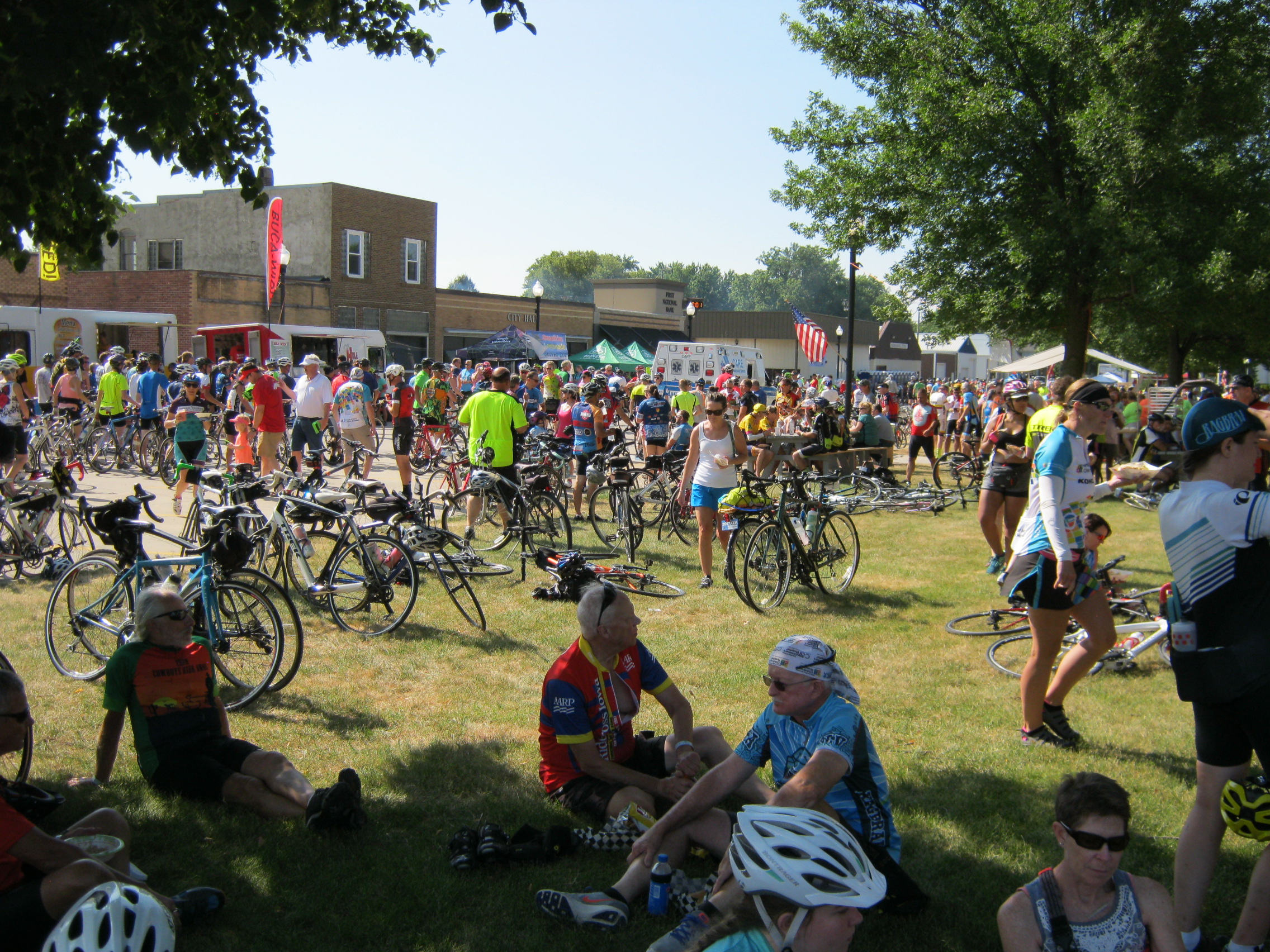 RAGBRAI (Registers Annual Great Bike Ride Across Iowa) came through O’Brien County on Sunday.  Traveling on Highway 10, the first town stop was in Paullina, they headed north to Primghar and then east to Hartley.  A gravel route also took some riders through Sutherland.  The weather was great and a good time was had by all.  Each one of these towns put in a tremendous amount of time planning for this one day event and kudos to all the volunteers that put in so many hours.  Here are a few pictures. 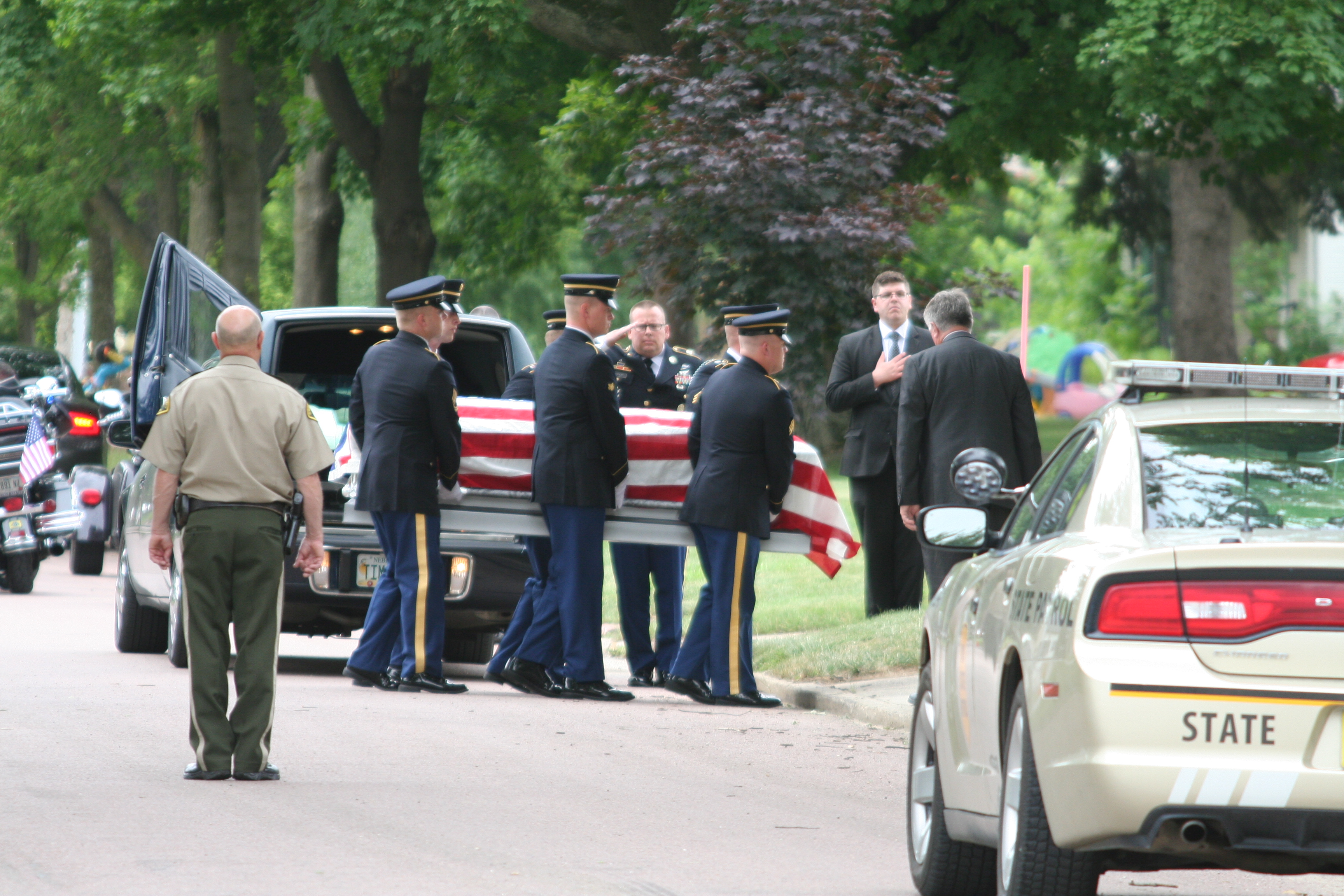 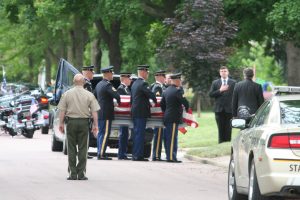 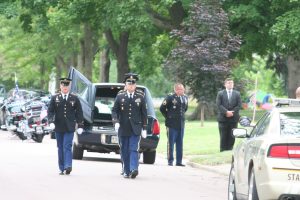 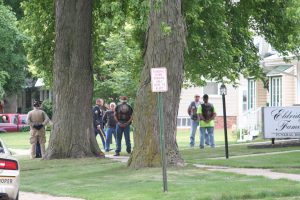 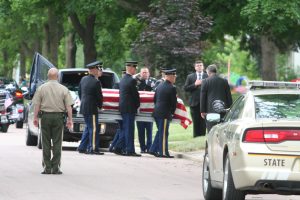 Army Air Forces Staff Sgt. Byron H. Nelson, Missing from World War II, has now been accounted for.  On April 25, 1944, Nelson was a member of the 721st Bomb Squadron, 450th Bomb Group, 15th Air Force, and was the nose gunner aboard an American B-24G Liberator bomber. While flying from Manduria, Italy, three aircraft became separated from the formation due to dense clouds.  Nelson’s aircraft was one that disappeared.  It was later learned that eight of the 10 people in his aircraft parachuted from the bomber after being attacked by German fighters. Six crewmen were able to successfully escape and two were captured.  A captured crewman was told that two perished in the crash, one being Nelson.

On September 9, 1947, the American Graves Registration Service disinterred remains from a cemetery near Fognano, Italy, where they were reportedly buried by local residents following the crash.  The remains were unable to be identified and were re-interred as “Unknown X-190” in the Florence American Cemetery on May 26, 1949.

Due to new historical investigations and new technology that could link an identification to Unknown X-190, the remains were disinterred in August 2015.

DNA analysis and circumstantial evidence were used in the identification of his remains.  (information retrieved from www.findagrave.com)

SSgt. Nelson was escorted to Primghar by the Freedom Riders, Iowa State Patrol, and O’Brien County Sheriff’s Office.  The procession was met by the Iowa National Guard Military Honor Guard.

A memorial service will be held at the Pleasant Hill Cemetery, 5831 380th Street, Primghar on Saturday, July 1 at 1:30 p.m. with full military honors.  The family of SSgt. Byron H. Nelson will be at the Primghar Community Building, 215 1st Street. SE, following the service. 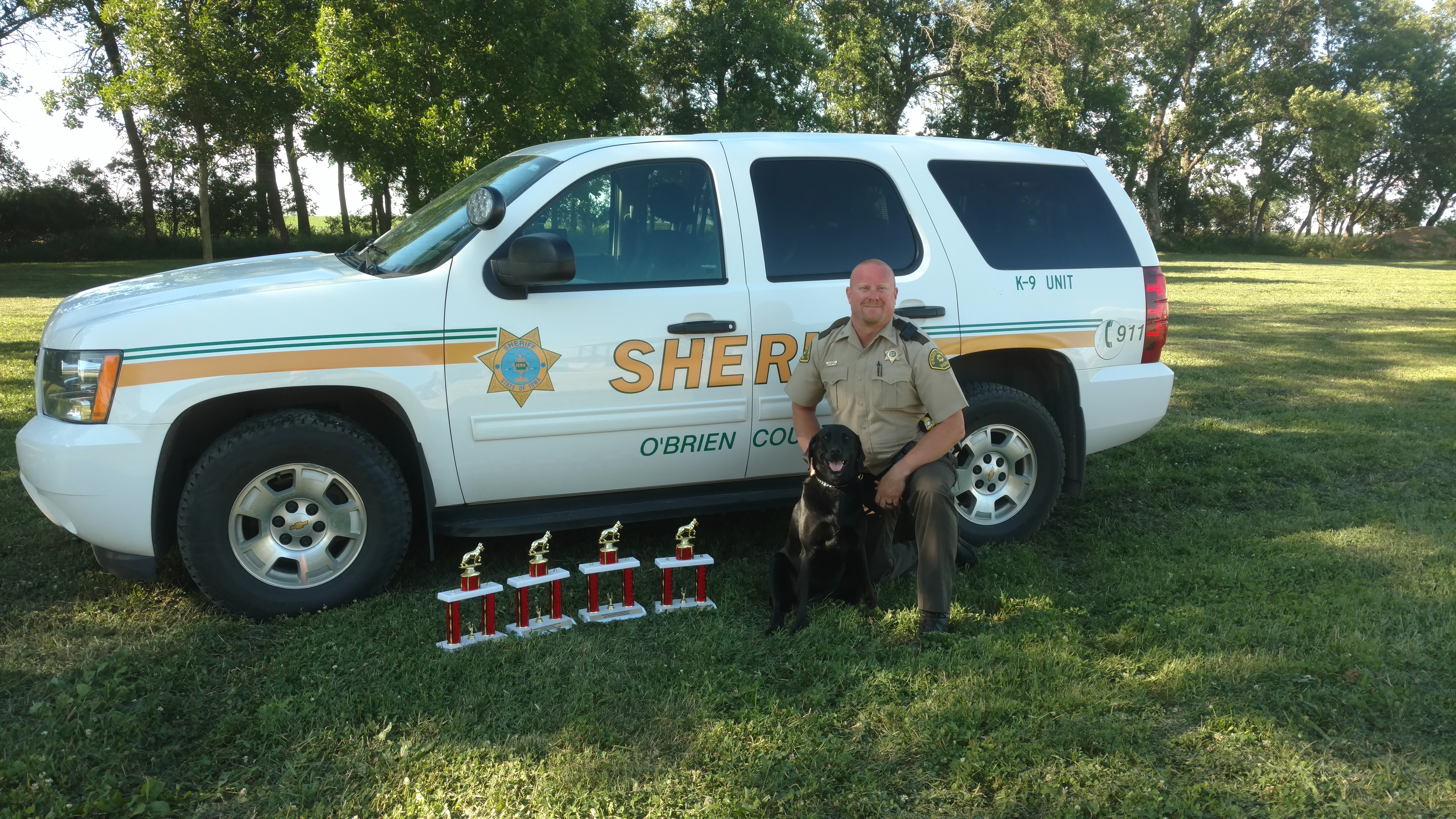 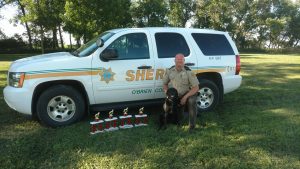 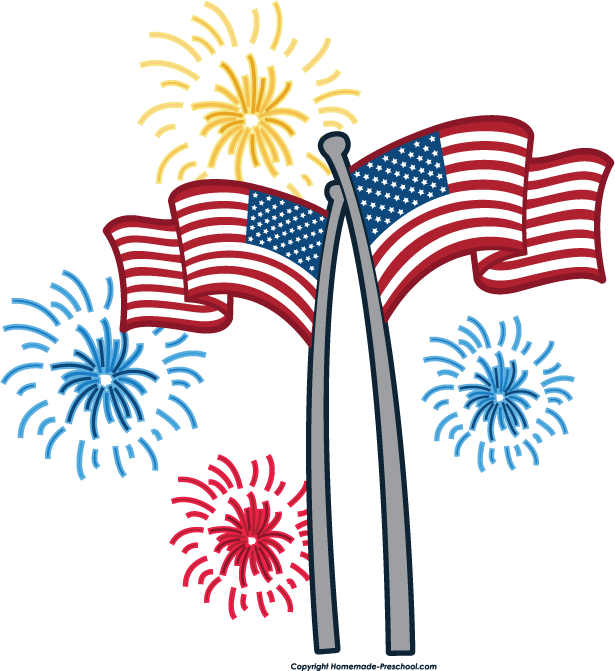 There are new regulations in regards to the storage, transportation, handling, and use of flammable liquids, combustibles, FIREWORKS and explosives.

Prior to setting off any fireworks within city limits, contact your local city office.   Fireworks are NOT allowed in O’Brien County parks.

The tradition continues!  For almost 15 years the Primghar Jaycee’s, Primghar Ambulance Team, and the O’Brien County Sheriff’s Office have worked together to provide bike safety to South O’Brien 3rd graders.  The Jaycee’s purchase the helmets through Shea’s True Value in Primghar and the Primghar Ambulance Team fit the helmets to each student.  Deputy Brad Stevens instructed the students in the classroom on bike safety.  After class, the students went outside to practice what they learned, including the correct hand signals.  Here are a few pictures from the day. 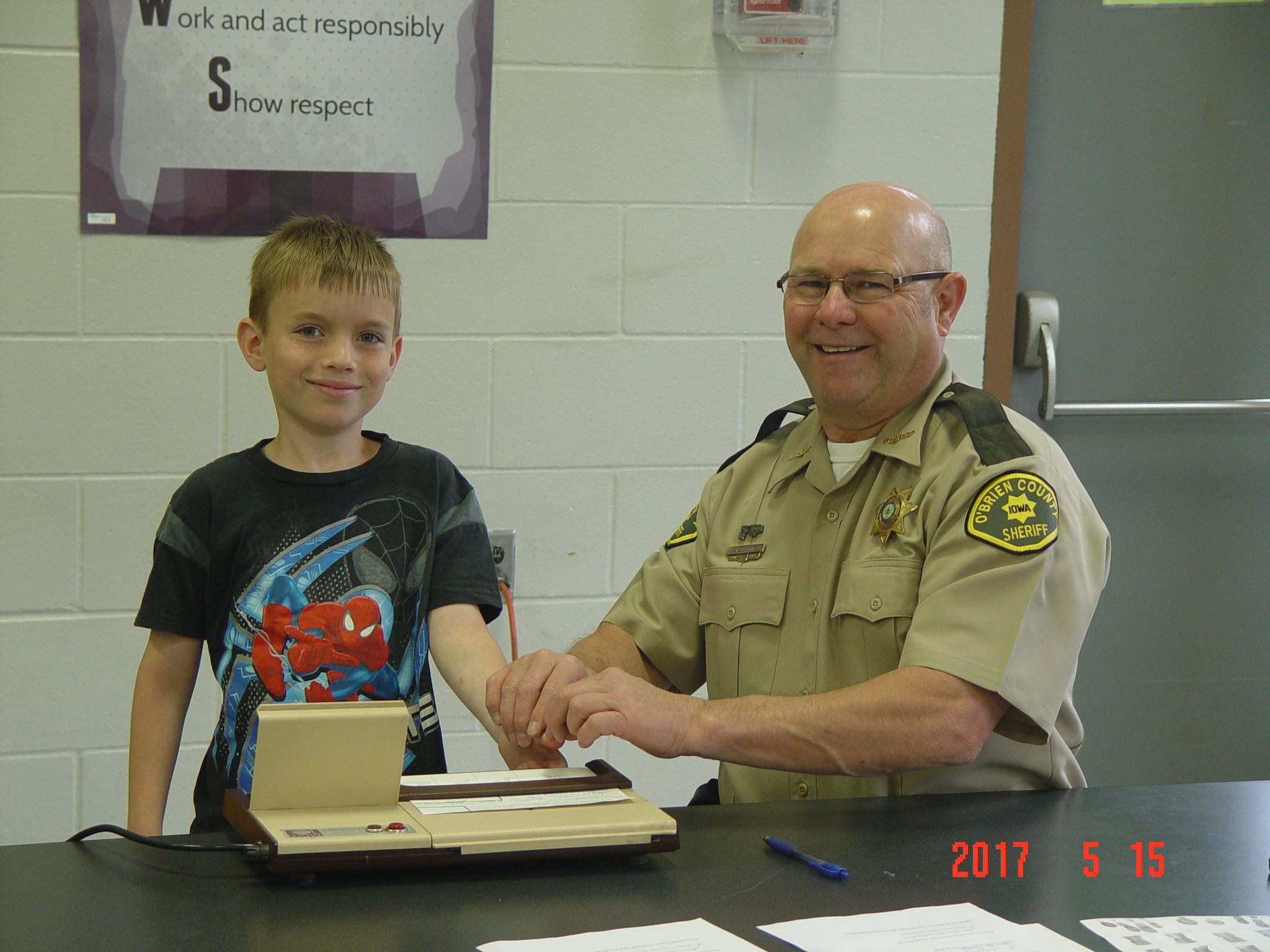 Every year the O’Brien County Sheriff’s Office works with the Primghar Jaycee’s and the South O’Brien School to fingerprint 2nd graders.  With parental permission, students are fingerprinted and the fingerprint cards are sent home with the students. 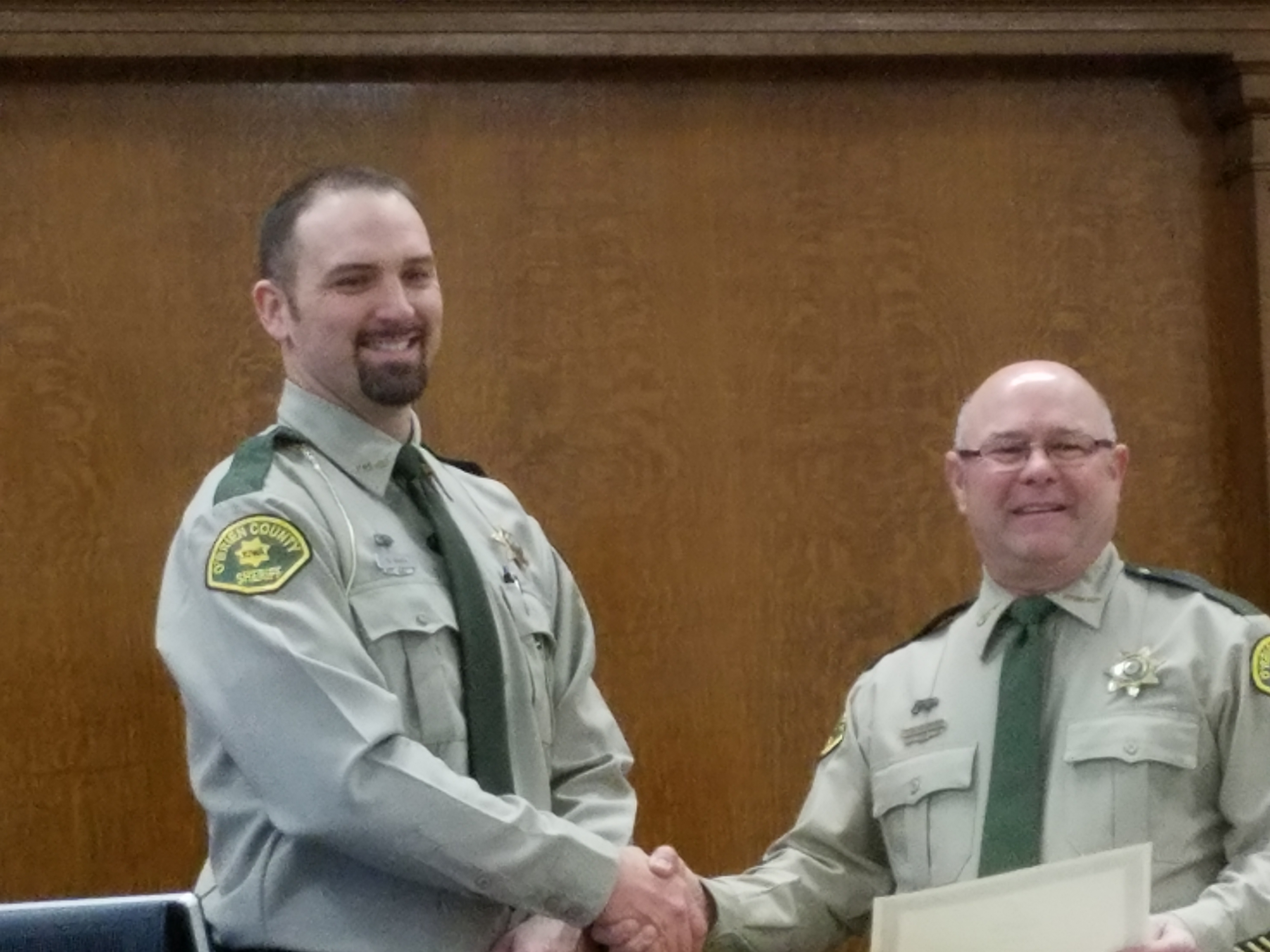 The O’Brien County Sheriff’s Office has hired Daniel L. Bracy to fill a vacancy of Deputy Sheriff.  Bracy had worked as a jailer at the sheriff’s office since October of 2009 and assumed his new duties on April 10, 2017

Dan has a BA degree in criminology and a minor in sociology from the University of Northern Iowa.  He is a resident of O’Brien County and is active in the community.  Dan will be an excellent addition to the sheriff’s office and we congratulate him on his promotion. 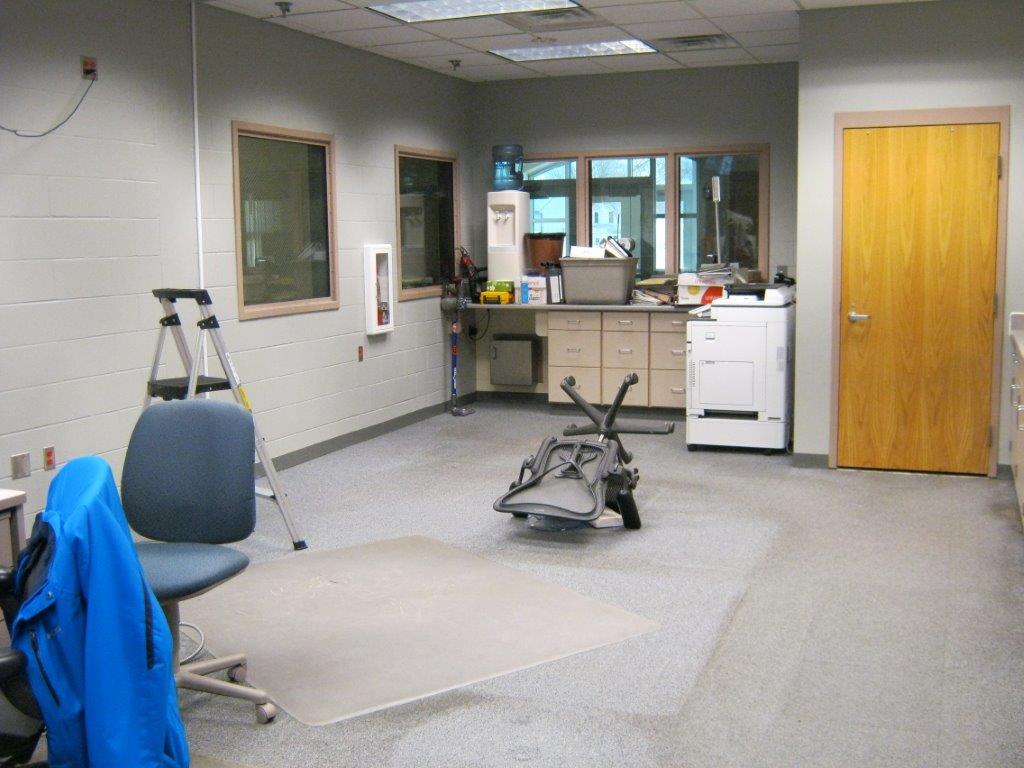 Do you ever wonder where the money goes when you pay the E9-1-1 service charge on your phone bill? The money makes its way to Homeland Security and comes back to local Public Safety Answering Points (PSAP’s) throughout the state

The current equipment was 17 years old and was original to the building. O’Brien County Sheriff, Allen Schuknecht, Emergency Management Director, Jarod Johnson, and the E911 Service Board worked together to plan and design the upgrade.  The project was paid for entirely by 911 surcharge funds and no O’Brien County property tax monies were used.

Careful planning had to be done to make sure that there would be no loss of service while the project was being completed. The first step was to set up a backup dispatch unit in the basement.

Work then began on dismantling 1 of 2 dispatch positions. Carpet and tile was installed by Northwest Iowa Décor from Sheldon.  All of the wiring for the communication center run beneath the floor so carpet squares were used allowing for easy access. Once the new console, monitors and radios were installed the process was repeated for the second position

The 911 console furniture is made by Evans and was purchased from Racom. Alpha Wireless from Spencer completed the radio install.

O’Brien County Information Technology (IT) Tony Untiedt, and maintenance Randy Thompson and Dan Gay played a key role in the installation process. The project was completed without any major problems.  O’Brien County Sheriff Allen Schuknecht would like to thank the 911 Service Board for their vision and support with this project.  The vendors and technicians did an excellent job.

A special thanks to the employees at the O’Brien County Sheriff’s Office for making this project a success.  Photos will be updated as the finishing touches are completed.